Birdsong is good for mental health 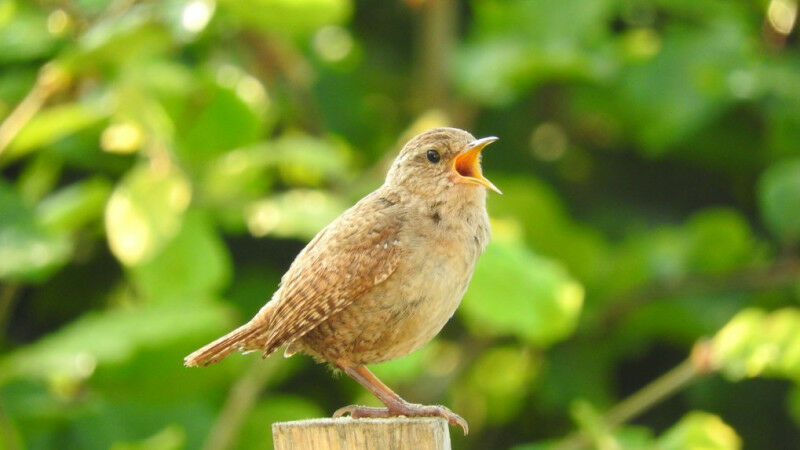 Study examines influence of birdsong on mood, paranoia and cognition

If you hear chirpy birdsong coming soon, you should stop and listen. Because birdsong has been shown to alleviate anxiety and irrational thoughts. This is what researchers at the Max Planck Institute for Human Development and the University Medical Center Hamburg-Eppendorf have discovered.

In the study, the research team investigated how traffic noise and birdsong affect mood, paranoia, and cognitive performance. To do this, they conducted a randomized online experiment with a total of 295 participants. They listened to either typical traffic sounds or bird songs for six minutes - varying the number of different traffic sounds and bird songs. Before and after the listening sessions, participants completed mental health questionnaires and were given cognition tasks. "Every person carries certain mental dispositions. Even healthy people can have anxious thoughts or intermittent paranoid perceptions, for example. The questionnaires usually allow us to identify tendencies toward depression, anxiety disorders and paranoia in participants and to investigate the effect of birdsong or traffic noises on these tendencies," says first author Emil Stobbe, a doctoral student in the Lise Meitner Environmental Neuroscience Group at the Max Planck Institute for Human Development.

Overall, the present study suggests that listening to bird calls reduces anxiety and paranoia in healthy people. They appear to have little effect on depressive states in this experiment. Traffic noise, on the other hand, generally worsened depressive states, especially for a soundtrack that included many different traffic sounds. While the positive influence of bird sounds on mood is already known, this study is the first to show an effect on paranoid states, to the researchers’ knowledge. It was not relevant whether the singing came from many different bird species or only two species. The research team, on the other hand, found no effect of bird song or traffic noise on cognitive performance.

The researchers see a possible explanation for the positive effects of bird calls in the fact that they are subliminally associated with an intact natural environment. This diverts attention away from psychological stress and conveys a feeling of safety or security. Overall, the results yield interesting approaches for further research and application, such as the active manipulation of soundscapes in different situations or their investigation of the effect on people with diagnosed anxiety disorders and paranoia.

,,Birdsong could thus be used to prevent mental illness. Just listening to a sound CD would be a simple, easily accessible intervention. If we can already demonstrate such effects in an online experiment that participants completed on the computer, we can assume that they are even stronger in the wild," says Stobbe. He conducts research at the Lise Meitner Environmental Neuroscience Group at the Max Planck Institute for Human Development, which studies the effects of the physical environment on individuals. "Only recently, we were able to show in a study that even a one-hour stay in nature reduces brain activity associated with stress," adds Simone Kühn, head of the research group. However, we cannot say exactly which features of nature - i.e. smells, sounds, colors or their combination - are responsible for the effect. The present study is a further building block for clarifying this question," Kühn continues. What is certain is that nature improves mental health and well-being. So get outdoors!