The University of Heidelberg is the oldest university in present-day Germany. In the course of its more than 630-year history, it has repeatedly renewed itself as one of the leading intellectual centres in Europe. The University sees itself as a research university with twelve faculties in the fields of natural sciences and mathematics, humanities and theology, law, economics and social sciences, and medicine.

A Question of Solidarity: Cultural Heritage in South Asia

Social Sciences - Jul 30
Submerged palaces, rediscovered dance traditions, disputed temple complexes: cultural heritage in South Asia takes different forms and is shaped by varying forces in society and politics. In order to explore why and under what conditions people commit to their tangible and intangible cultural heritage, particularly in the border regions of India and Nepal, and why they re-create or even destroy it, an international research team led by Christiane Brosius from the Heidelberg Centre for Transcultural Studies (HCTS) of Heidelberg University has received a four-year project grant. The funding, totalling approx. 1.5 million euros, will be released by the Riksbankens Jubileumsfond.
Chemistry - Jul 22

Silicon with a Two-Dimensional Structure

Heidelberg chemists succeed in producing synthesis and complete characterisation for the first time.

The Doctoral Convention of Heidelberg University was founded in 2015 after the state of Baden-Württemberg had established doctoral candidates as an independent status group with the right to vote in the university's governing bodies, including the Senate.

Vaccination is the Most Important Way Out of the Pandemic

The term Bose-Einstein condensate describes a state of matter in which atoms or elementary particles combine into a single quantum mechanical object during extreme cooling. Science does not yet fully understand exactly how these macroscopic states - beyond the confines of traditional physics - develop from a thermal atomic cloud in just a few milliseconds and when statistical equilibrium is reached, according to Georg Wolschin. Using a new theoretical model he developed, the Heidelberg University physicist has now succeeded in calculating the time-dependent formation of a Bose-Einstein condensate in sodium atoms.

Climate Change and Health: With a Humboldt Professorship to Universität Heidelberg 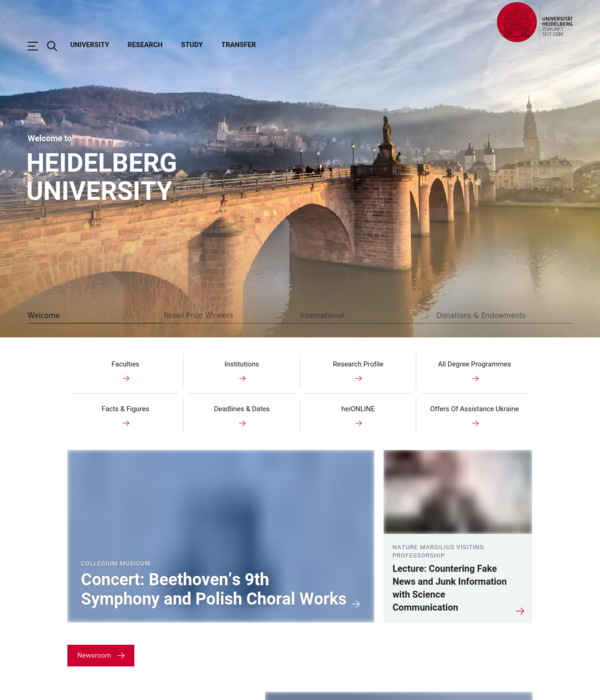