The Max-Planck-Institut für Kohlenforschung at Mülheim an der Ruhr is almost one hundred years old, making it one of the Max Planck Society’s oldest institutes. Time and again, the Institute has been a source of major technological impetus, including the Fischer-Tropsch synthesis for the production of fuels from coal, and Ziegler catalysts for the production of the major bulk plastics. Today, the Institute’s activities are centred on research into energy- and resource-saving chemical reactions, with the focus on catalysis in all of its aspects. The aim of the researchers is to develop new, tailor-made catalysts – products that accelerate chemical reactions without themselves being changed. With the aid of catalysts, natural products and medically-active substances with a complicated structure can be efficiently synthesised; similarly, biomass can be converted to fuels and key basic chemicals. 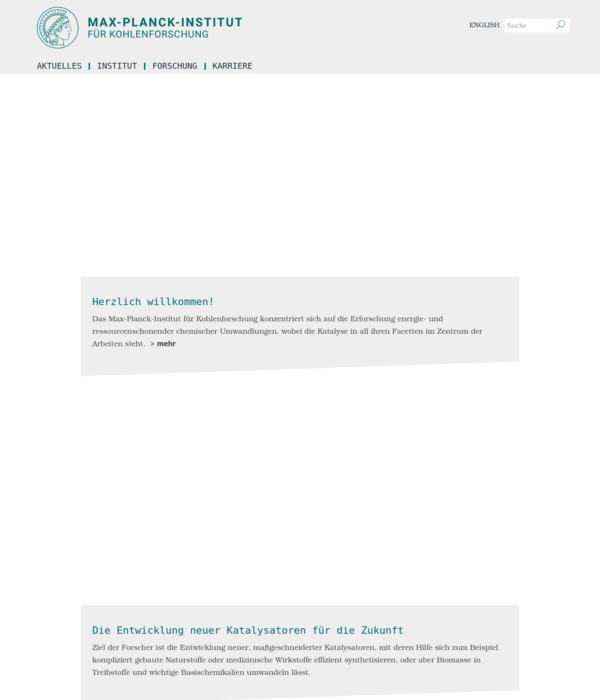