The Max Planck Institute for Intellectual Property and Competition Law was founded in Munich in 1966 as the Institute for Foreign and International Patent, Copyright and Competition Law. During the following decades, it became instrumental in the development of the areas of law that it dealt with. In 2002, in conjunction with new appointments, its scope of research was extended to include core areas of antitrust law and tax law - hence, the change of the Institute’s name to the Max Planck Institute for Intellectual Property, Competition and Tax Law. After the establishment of an additional department for financial economics in 2008, this Institute was replaced, with effect from January 1, 2011, by the MPI for Intellectual Property and Competition Law and the MPI for Tax Law and Public Finance for the sake of autonomy. Together with the MPI for Foreign and International Social Law, these two Institutes form the Munich-based Max Planck Campus for Legal and Economic Research. 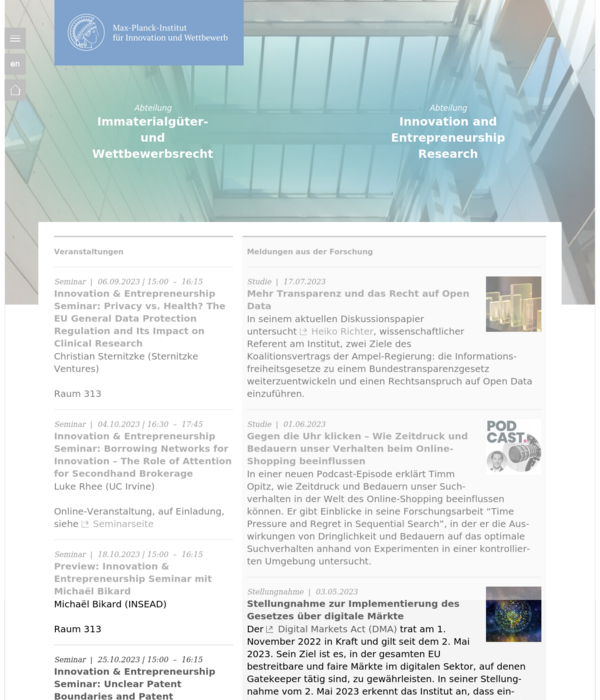