Joseph-Stelzmann-Straße 9B, 50931 Köln
Max Planck Institute for Biology of Ageing

All humans age – just like almost all other living organisms. One reason is that the genetic material, the DNA, is increasingly damaged over time in every cell. Scientists at the Max Planck Institute for the Biology of Ageing study how cells age during their lifetime, and which molecules and factors are involved. The scientists employ molecular-biological and genetic techniques to explain the fundamental processes on the basis of model organisms, such as mice, fruit flies and threadworms. These animals are particularly suitable as their genomes are well understood and they have a relatively short life expectancy. It is known, for instance, that the life expectancy of a threadworm is influenced by around 100 genes and that insulin signal transduction is involved in the ageing of its cells. The scientists are certain that similar processes also influence ageing in human beings. 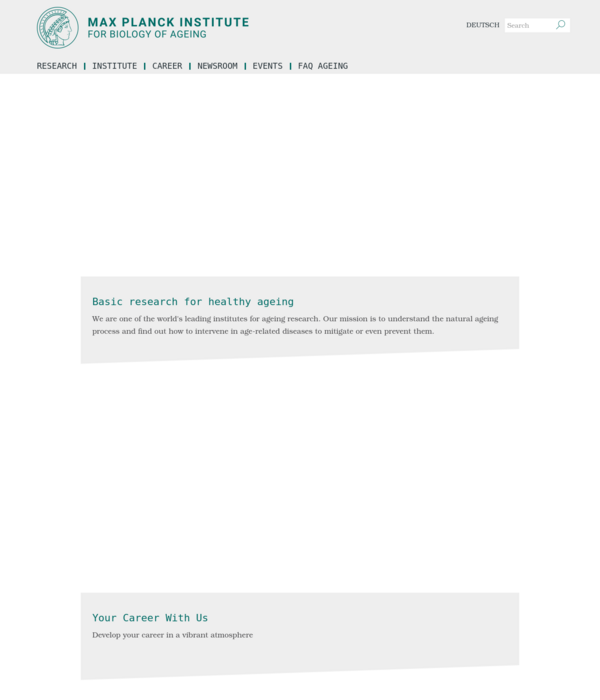