The birth of a research field cannot usually be pinpointed to within one day. Gravitational physics is an exception: it came into being on November 25, 1915. This is the Thursday on which Albert Einstein presented the crux of his General Theory of Relativity to the Prussian Academy of Sciences. The fact that the Max Planck Institute for Gravitational Physics in Potsdam only started work in April 1995 proves how topical its research field is today. The scientists study the complete spectrum of the General Theory of Relativity and beyond: from the vast dimensions of the universe down to the incredibly tiny dimensions of strings. At the beginning of 2002, practice teamed up with theory: an experimental sub-institute, which operates the German-British GEO600 gravitational wave detector in Ruthe and which is in overall control of the development of the space-based LISA laser interferometer, opened in Hanover. The researchers want to use these instruments to investigate the “ripples” in space-time. Another main research area is the data analysis for GEO600 and three further gravitational wave detectors all over the world with the computer cluster ATLAS. 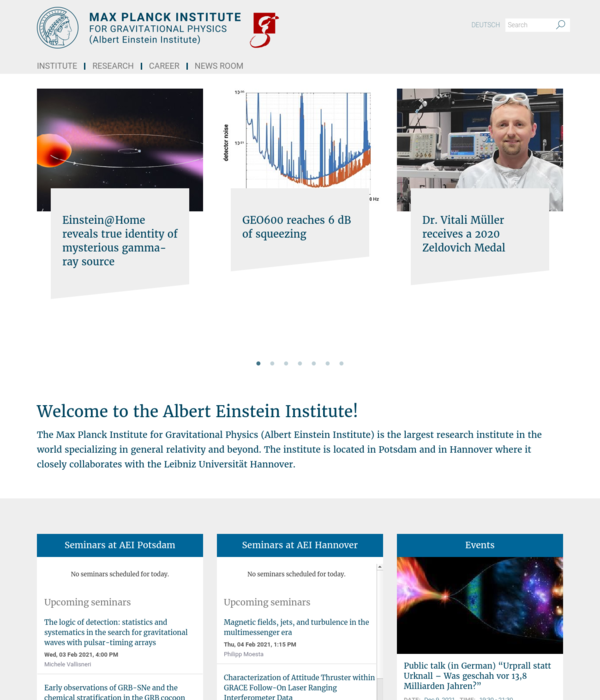