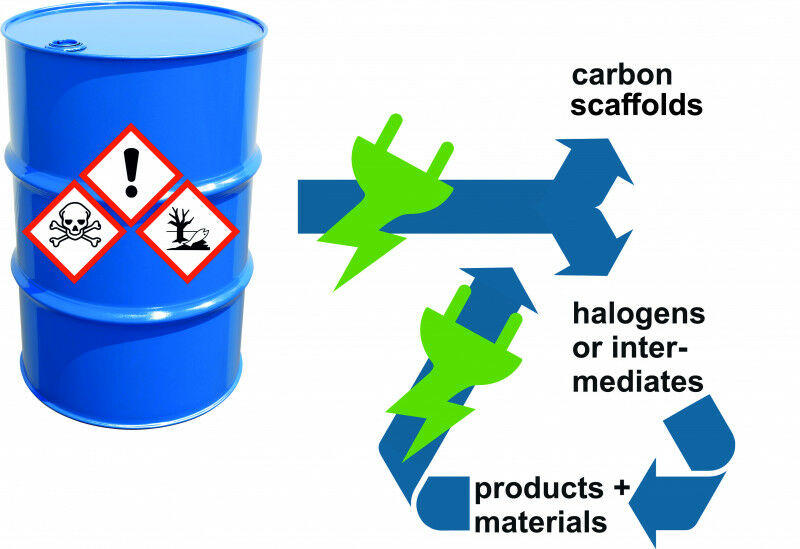 The Halocycles research project aims to use green electricity to reclaim halogens while leaving the carbon structures of the related waste compounds intact.

Increasing the recovery of valuable fossil raw materials, avoiding climate-damaging carbon dioxide emission, and stabilizing our energy supply network - these are the three major objectives of a new joint research project of Johannes Gutenberg University Mainz (JGU) and TU Kaiserslautern. With their pioneering concept, the two partners convinced the Carl Zeiss Foundation (CZS) to fund their project in its CZS Breakthroughs program with around EUR 4 million over the next six years. In the new Halocycles project, the researchers aim to develop an electrochemical technique to recover halogens - such as bromine, chlorine, and fluorine - from waste products. The carbon structure present in halogen compounds will be preserved in the process, thus preventing the corresponding emissions, while the flexibility of the technique will help contribute to the stabilizing of power grids.

Halogen compounds are present in a wide range of everyday products. Polyvinyl chloride (PVC), for example, is used in various construction materials, while polytetrafluroethylene (Teflon) is employed for non-stick coatings or in batteries. It is difficult if not impossible to find alternatives to them because they often have unique properties. Unfortunately, the halogens most in demand - fluorine, chlorine, bromine, and iodine - are becoming increasingly expensive, while in some cases resources are growing scarce. Recycling is difficult. Where it is at all possible, halogens have to be recovered from the flue gases generated by burning the corresponding waste, meaning large amounts of energy are required. To exacerbate the problem, many halogen compounds are also used in flame retardants so that the burning process requires assistance by additional gas or oil. This results in the disintegration of the carbon structures and thus the release of large quantities of carbon dioxide. "In our new Halocycles project, we are approaching this issue a completely different direction," said Professor Siegfried Waldvogel of JGU's Department of Chemistry, who is the project's spokesperson. "Our idea is to use an electrochemical technique to recover the halogens without burning the carbon structures. Thus, we also avoid the formation of dioxins." The results then form the basis for a circular economy of halogens.

Outstanding expertise in the field of electrochemistry at Mainz University

It is possible, for instance, to power the electrosynthesis process using renewable electricity generated by wind turbines at night when there is less demand of electricity. This would thus also assist with the stabilization of energy supplies. "We here at Mainz do have a great understanding of the process of electrosynthesis. We have been working in this field for 25 years now and have gained a level of expertise that only few in the world can match," emphasized Waldvogel. Involved in the project in addition to the Mainz-based researchers at JGU and the Max Planck Institute for Polymer Research are their colleagues at TU Kaiserslautern providing their know-how in chemistry and process engineering as well as those at the Leibniz-Institut für Verbundwerkstoffe GmbH (IVW), also based in Kaiserslautern. The partners also consider to utilize and exploit the results of research in a spin-off to be established later on in the process. 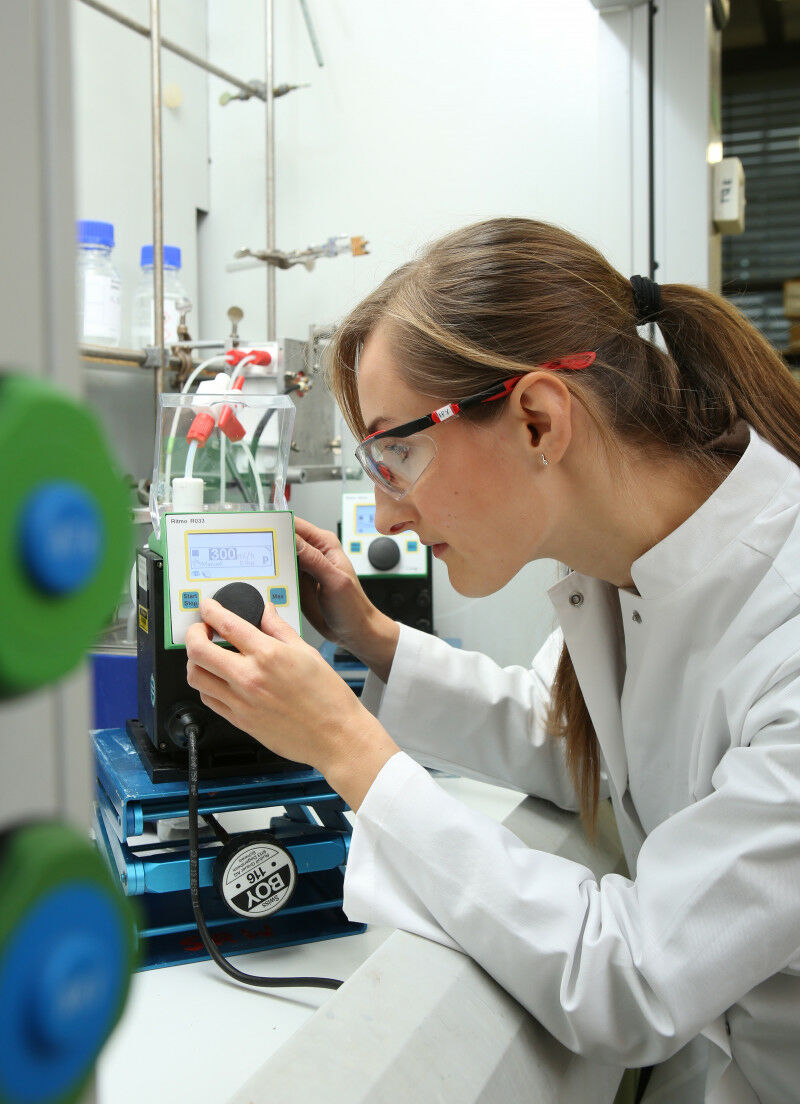 A researcher working on an electrochemical flow reactor

The researchers anticipate that among the outcomes of the Halocycles project will be a more effective use of resources and a reduction of the dependence on Earth's dwindling fossil reserves. This may well help pave the way towards raw materials sovereignty in Europe, a very important topic now and in the future.

Within the framework of its CZS Breakthroughs program, the Carl Zeiss Foundation is promoting globally relevant research projects being undertaken at universities in Baden-Württemberg, Rhineland-Palatinate, and Thuringia. To be eligible for funding, the applying universities must demonstrate a level of expertise in their field that is unique nationally. Funding projects are selected through competition and based on excellence criteria in a two-stage review process.