New Schlegel professor at the University of Bonn

The University of Bonn has once again appointed an outstanding Schlegel professor, who is financed by Excellence funds. The jurist Shu-Perng Hwang from Taiwan will open up new fields of research and provide important impulses. The scholar investigates the tensions among national, supraand international legal systems. In her theoretical approach, she places a high value on individual freedom.

With the Schlegel professorships, named after the Bonn philologist August Wilhelm Schlegel (1767-1845), the University of Bonn is establishing high-caliber chairs in the course of promoting excellence. The "Schlegel Chairs" are filled by the faculties in subjects that are part of the strong research focus areas or the development areas.

"With Prof. Hwang, we have gained an eminent, internationally recognized scholar," says Jürgen von Hagen, Dean of the Faculty of Law and Political Science at the University of Bonn. "She not only raises the academic profile of the faculty in the field of constitutional law, but also enhances the national and international visibility of Bonn’s legal sciences in an outstanding way."

For several years, the newly appointed Schlegel professor Shu-Perng Hwang has focused in her research on the tensions between national legal systems, such as those that apply to Germany, and supraas well as international legal systems, such as those of the European Union. "My focus is on how the development with regard to the coexistence of legal systems on national as well as international levels - such as national, EU-, and international law - could and should contribute to the promotion of human rights, the rule of law, and democracy," says the scholar. One of her interests, for example, is the question of how the German and European courts should cooperate in order to achieve improved protection of human rights.

Hwang argues for a theoretical approach that puts particular emphasis on the protection of individual freedom. She would like to bring in new perspectives: Her research interests overlap with those of her colleagues, yet her educational backgrounds in Taiwan, the United States and Germany as well as her comparative perspectives have contributed to an external viewpoint of the German legal system.

The decision to move to the Rhine was not difficult for Hwang: "The Faculty of Law and Political Science at the University of Bonn is highly respected - not only in Germany, but worldwide." She was also impressed by the Schlegel professorships and the associated idea of providing targeted support for scientifically excellent research. She is looking forward to an intensive cooperation to open up innovative perspectives. The new professor sees teaching as a source of inspiration: "Preparing for classes gives me the opportunity to restructure my thoughts," she explains. She says this also provides her with fresh ideas for her research.

Shu-Perng Hwang studied law at National Taiwan University in Taipei and at Columbia University in New York. After receiving her doctorate from the University of Munich, she worked as a professor of public law at Chung Yuan University (Chungli) and then as a research professor of constitutional and administrative law at Academia Sinica (Taipei). At that academy, she served as deputy executive secretary of the General Academic Advisory Committee for five years and became Distinguished Research Fellow since August 2021. She has received numerous awards, including the doctoral prize of the Munich Law Society.

recruit.myScience
f
Share
Like
Related Stories
Law
’Some actions may be violence in the legal sense, but are not automatically punishable’ - 08.12.2022 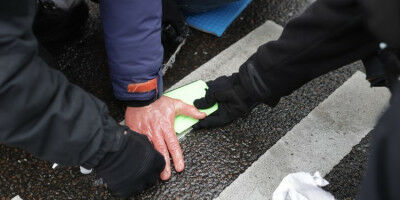 Commemoration without Words - 25.01
This site uses cookies and analysis tools to improve the usability of the site. More information. |