Mathematics at the University of Bonn Outshines Harvard and Columbia 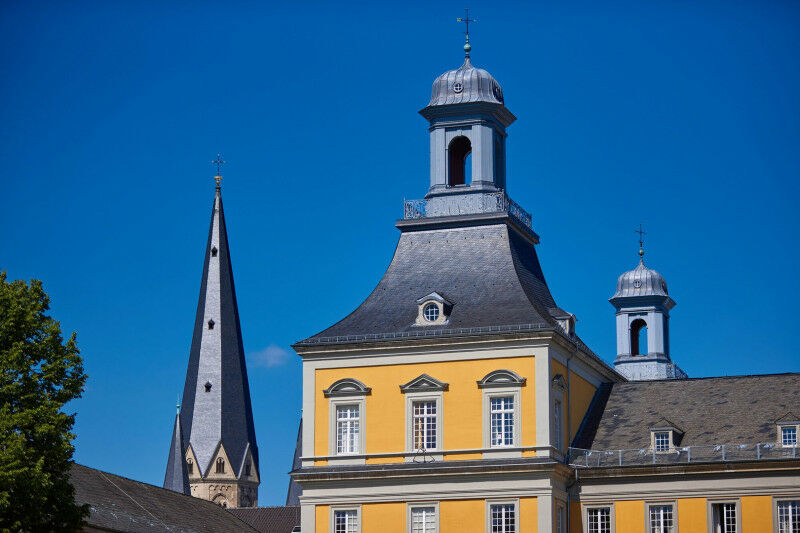 The latest ’Global Ranking of Academic Subjects 2022’ has underlined the University of Bonn’s prowess in not one but several areas. - Besides taking top spot in Germany for Mathematics and Economics, it has also come third for Agricultural Sciences and Physics. © University of Bonn/ Volker Lannert .

The latest "Global Ranking of Academic Subjects 2022," part of the widely respected Shanghai Ranking, has underlined the University of Bonn’s prowess in not one but several areas: besides taking top spot in Germany for Mathematics and Economics, it has also come third for Agricultural Sciences and Physics. And the University is even among the top 15 in the world in Mathematics, ranking it ahead of such luminaries as Harvard and Columbia.

In an international comparison, the University of Bonn is 39th for Economics and 46th for Agricultural Sciences, putting it in the world’s top 50 universities in these subjects. It is also one of the top 75 universities in the world for Physics, Human Biology, Dentistry and Pharmacy and in the top 100 for Medical Technology and Biology.

"Our outstanding academic and scientific performance is built on the strength of our various disciplines," underlines Dr. h.c. Michael Hoch, Rector of the University of Bonn. "These results demonstrate once again that many of these disciplines are not only right out in front in Germany and Europe but are also among the leading pack worldwide, despite the tough global competition. We’re continuing to put all our efforts into consolidating our successes based on our concept for the future, so we’re delighted by any form of support that we get."

The Shanghai Ranking has assessed 54 subjects at 5,000 different universities using five indicators. These include publication data, such as academic and scientific publications in top journals, international co-publications and citation rates as well as the number of prestigious prizes and awards that the university has won. The University of Bonn has been ranked in 22 subjects.

High Pressure to Publish - 31.08
Top Position in the Shanghai Ranking - 18.08
This site uses cookies and analysis tools to improve the usability of the site. More information. |