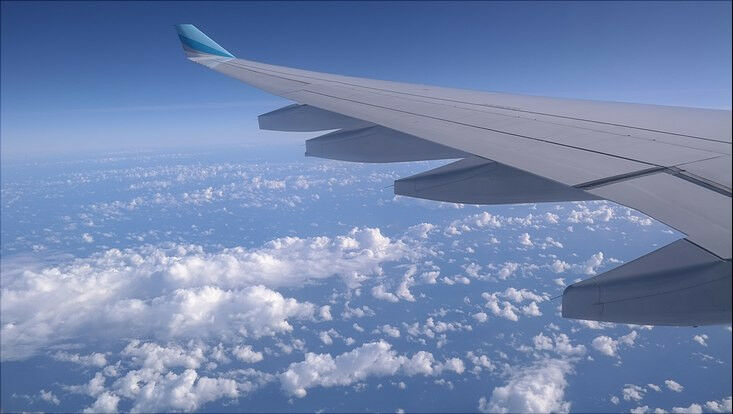 Trade wind cumulus clouds are found on about 20 percent of the globe and cool the planet. Until now, it was expected that these clouds would become fewer due to global warming and thus exacerbate climate change. A team led by Dr. Raphaela Vogel of the University of Hamburg has now been able to disprove this. Their study was published in the scientific journal Nature.

In a large-scale measurement campaign in 2020, Dr. Raphaela Vogel from the Center for Earth System Research and Sustainability (CEN) at the University of Hamburg and an international team collected measurement data of the shallow cumulus clouds near the Caribbean island of Barbados. The analysis shows that assumptions about the contribution of these clouds to climate warming need to be corrected.

Many climate models have so far calculated a strong decrease of the trade wind clouds for the future. This would have eliminated a large part of their cooling function and the atmosphere would have heated up even further. The new measurement data show that this will not be the case.

What is certain is that as global warming progresses, more water evaporates at the ocean surface and the humidity at the lower edge of the trade wind clouds increases. In contrast, the air masses in the upper part of the clouds are very dry. This leads to a greater difference in humidity between above and below. This is balanced within the atmosphere by mixing the air masses. The previous hypothesis was: The drier air would be transported downwards, the cloud droplets would evaporate more quickly as a result and the cloud would dissipate sooner.

The measurement data from Barbados now provide robust figures for the first time on how strong vertical mixing actually is and how mixing affects moisture and cloud area overall. In doing so, they shed light for the first time on a process that is fundamental to understanding climate change. Increased mixing does not cause the lower layers to become drier and clouds to dissipate. Rather, the data show that it will increase, not decrease, cloud cover.

-This is good news because we were able to show that the trade wind clouds are far less sensitive to global warming than long thought-, says Raphaela Vogel. -With our observations and findings, we can directly test how realistically climate models represent the current and future occurrence of the trade wind clouds. Promising in this regard is a new generation of high-resolution climate models that can reproduce the dynamics of clouds worldwide with up to one kilometer accuracy. This will make future forecasts more accurate and meaningful.-

The one-month EUREC 4 A measurement campaign in 2020 included extensive measurement flights in the Caribbean with two research aircraft equipped with various sensors and flying at different altitudes. Hundreds of so-called drop probes were dropped from one aircraft at an altitude of nine kilometers, collecting data on temperature, humidity, pressure and wind as they fell. The other aircraft measured the clouds at the cloud base at 800 meters. The result is a unique database to better understand the previously unclear role of clouds in the climate system - and to estimate their role in climate change more accurately.

The campaign was coordinated by the Max Planck Institute for Meteorology in Hamburg and the Laboratoire de Météorologie Dynamique in Paris, France.

Whether clouds have a cooling effect or, on the contrary, a warming effect depends on their height. The trade wind clouds studied are rather low, with an upper height of two to three kilometers, reflecting sunlight and thus cooling the atmosphere. Higher clouds, on the other hand, strengthen the greenhouse effect and warm the climate.

Related Stories
Earth Sciences
’There are also major deposits of rare earths in Greenland’ - 18.01
Mainz University contributes to recent discovery of the temple of Poseidon located at the Kleidi site near Samikon in Greece - 11.01