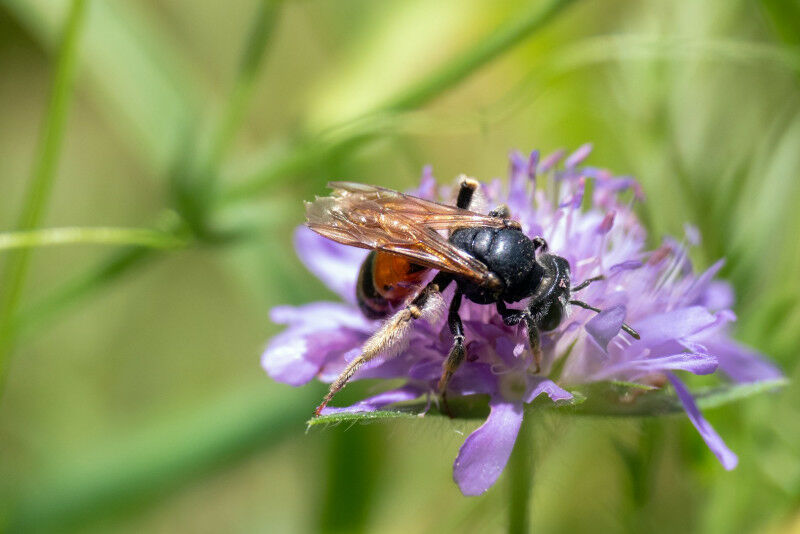 The Knautien sand bee (Andrena hattorfiana) is a specialized wild bee. The species is classified as endangered in the Red List of wild bees of Germany. © Photo/Copyright notice: M. Moser .

A German-Swiss team of scientists from the Universities of Bonn, Zurich and Basel and the Natural History Museum in Stuttgart has analyzed changes in Swiss flora since 2002 in a study. The results show that generalists among plant species have increased again due to conservation efforts. Specialized plants and insects, however, have hardly benefited. The scientists’ findings may help in future restoration planning in Central Europe. The publication appeared in the journal ,,BMC Ecology and Evolution".

The intensification of agriculture and the growing land consumption due to the expansion of settlements, industrial estates and infrastructure, as well as climate change, have led to a strong impoverishment of the flora since the beginning of the 20th century. This diversity decline was most pronounced before the 1990s. Since then, changes in conservation policy have slowed and even reversed the decline in species richness for some groups at smaller spatial scales. However, the standardization of plant communities often continued. The rebound in species numbers is mostly due to widespread species and neophytes, immigrant plants that can spread due in part to climate change.

It was previously unclear whether plants pollinated by generalist insects or the wind have increased as much as plants adapted to specialized pollinators, such as bumblebees or butterflies. 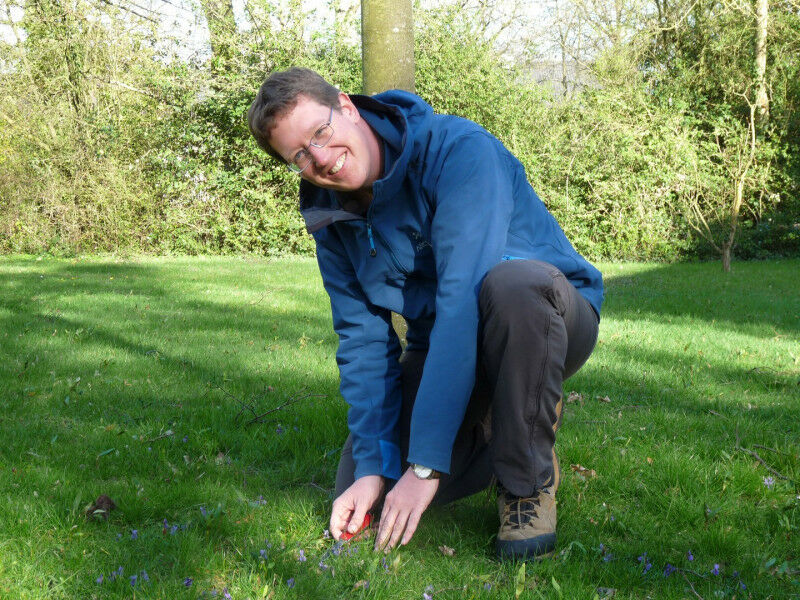 In addition, it was unknown whether plants that rely on pollen from other individuals of the same species for seed production have reproduced as strongly as plants that can form seeds with their own pollen. ,,In our studies of the Swiss flora, we found that there are positive trends across all species groups. However, this development is much more pronounced in species that are pollinated by wind and not by insects.

Within insect-pollinated plant species, species that are pollinated by generalist insects, such as flies or short-tongued bees, benefit more than species that rely on specialized pollinators. These include bumblebees and long-tongued wild bees. Likewise, plant species that do not rely on pollen from another individual of their own species recover better than cross-pollinated plants. Specialists, on the other hand, hardly benefit at all," says Dr. Stefan Abrahamczyk, a botanist at the Natural History Museum in Stuttgart. The expert in pollination biology had begun work on the study at the University of Bonn in 2021.

This finding can also be applied to insects, which depend on specific, highly specialized food plants in their search for nectar and pollen. As far as pollinators are concerned, Europe has experienced a much-publicized collapse of insect populations in recent decades. In particular, insect species with specialized breeding or feeding behavior, including many long-tongued species, have declined dramatically. From a conservation perspective, these study results demonstrate that future conservation and restoration planning should consider the reproductive biological characteristics of habitat-typical plant species. Conservation actions should be selected to benefit specialized plants. If these points are considered in planning, specialized native plants and insects can recover in the future.

’Climate whip’ increased wildfires on California west coast 8,000 years ago - 01.12
This site uses cookies and analysis tools to improve the usability of the site. More information. |