In fossil leaves, puzzling structures are often visible under the microscope. Researchers at the University of Bonn have now been able to show for the first time that they originate from calcium oxalate crystals. On the one hand, their discovery facilitates the identification of the ancient plant remains. But it also provides answers to the question of how the ability to form such crystals arose and what function they presumably perform. The results have now been published in the journal Nature Scientific Reports.

Fossil specimen Ro-59.9 is littered with microscopic cavities. Some of them look as if tiny raspberries had once slumbered inside them, each of them just two hundredths of a millimeter in size. The fossilized leaf comes from the Rott fossil site near Bonn and is more than 20 million years old. At the moment, it is not possible to say to which plant species it belongs.

Perhaps that will change soon. Because the position and shape of the cavities are like a kind of fingerprint: they can be used to identify fossil plant remains. Until now, it was not known how these cavities were formed," explains Mahdieh Malekhosseini from the Institute of Geosciences at the University of Bonn. "It was believed, for example, that they came from algae or pollen from other plants that somehow got onto the leaf in the course of fossilization. But after analyzing hundreds of these structures, we can rule that out. Instead, we were able to show that calcium oxalate crystals are responsible for the depressions." 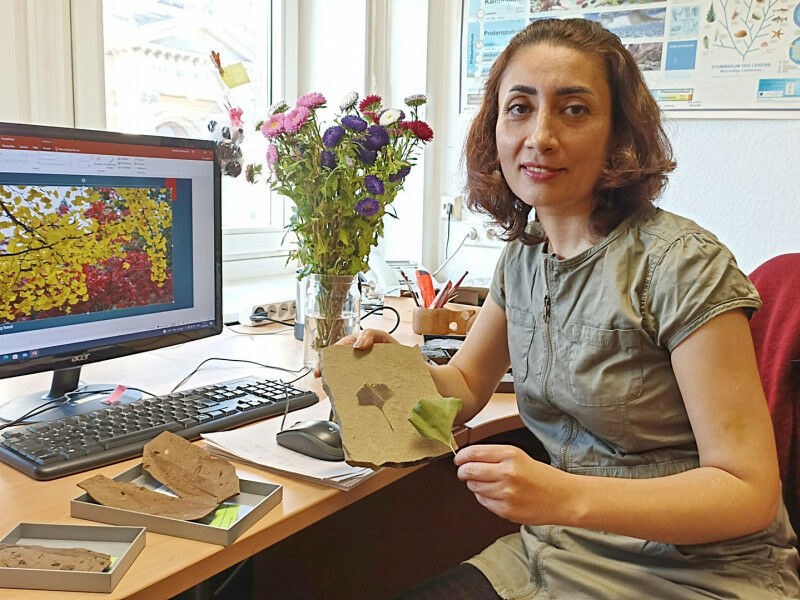 Calcium oxalate is formed by very many living plants; it is considered one of the most common biominerals. What functions it fulfills has not yet been conclusively clarified. However, it is suspected that the crystals serve as calcium stores. Since they are formed in the leaf, but often penetrate the leaf surface as they grow, they probably also repel pests. Many insects have an aversion to calcium oxalate - they don’t like to walk on it," explains Jes Rust, who supervised the study. "Some plants also seem to use the crystals as microlenses to use sunlight more efficiently for photosynthesis."

The crystals are very sensitive to acid. They therefore dissolve during fossilization and can no longer be detected in the millions of years old finds. Often, however, imprints remain in the places where they sat (in biology, one speaks of "druses"). Sometimes organic material or other minerals accumulate in these depressions, which then sit like tiny beads in the fossil leaf.

We studied the microstructure of the pits and their distribution on fossil leaves whose species we knew," Malekhosseini explains. In addition, we looked at calcium oxalate crystals in the leaves of today’s plants. We found clear parallels in closely related species. For example, the crystal imprints in a fossil ginkgo leaf strongly resemble the calcium oxalate deposits of a present-day ginkgo in terms of distribution and structure." 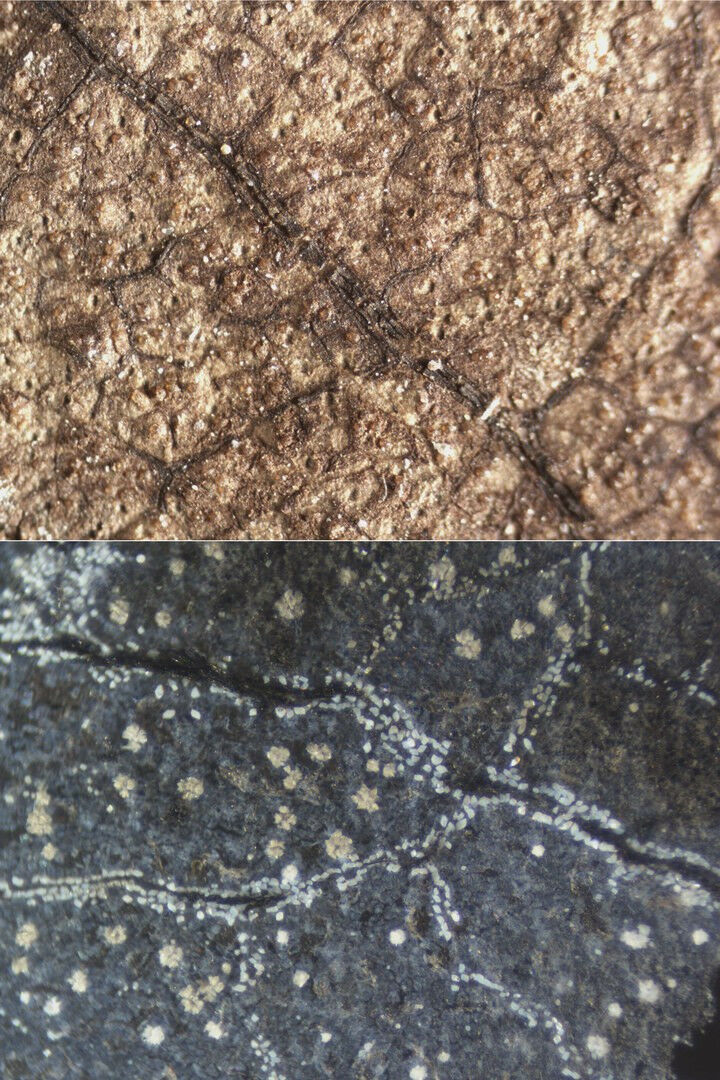 It was already known from the fossils of bare-seeded plants such as firs or pines that they sometimes show imprints of calcium oxalate crystals. However, this was not known of angiosperms, which are most flowers and deciduous trees. This is a completely new field of research," explains Jes Rust. "We now want to investigate, among other things, how the ability to form calcium oxalate crystals has developed over the course of evolution." In doing so, the researchers want to focus on times when environmental conditions have changed rapidly - such as temperature or the intensity of UV radiation. "If the distribution of the drusen also changes after such incisions, then we can draw conclusions about the biological function of the crystals," says Rust. 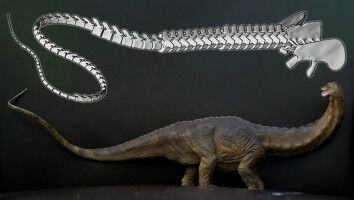