Diseased plants and wrong perfume can be identified quickly, reliably and in real time 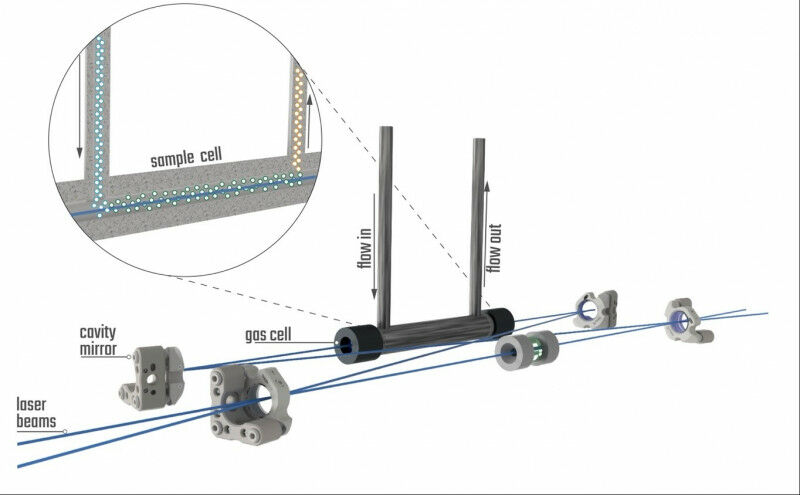 The heart of the new instrument: an optical chiral polarimeter that can be used to accurately and precisely determine the chiral nature of compounds, even in the gas phase.

Whether a perfume is genuine or fake is revealed by the chiral signature of the scent. Similarly, the chiral signature of a plant’s odor can tell whether it is healthy or diseased. Researchers at Johannes Gutenberg University Mainz (JGU) and the Max Planck Institute for Chemistry have discovered this using a new technique. Since most natural chiral substances occur in two mirror-image forms that naturally occur in different proportions, each plant and each perfume must have its own chiral characteristic. The research team was able to use the method to identify the chiral compounds in a gas mixture with high sensitivity and in real time for the first time.

"The new technique has enormous potential, both in agriculture and in the chemical industry," says Lykourgos Bougas of JGU. Jonathan Williams of the Max Planck Institute for Chemistry adds: "In addition to industrial applications, this technique will also allow us to decode the chiral signals in the air to better understand atmospheric chemistry. "The cooperation partners have jointly applied for a patent on the method.

Natural fragrances differ from synthetic ones

Chirality is a common property in nature. One example is our two hands. Similarly, many bio-molecules exist in two mirror-image forms and are not congruent. This can affect biochemical function, much like the right hand does not fit into a left glove. A case in point is the emissions from plants that contain multiple chiral compounds that naturally occur in both the D and L forms. An example is the chiral molecule pinene, which is responsible for the characteristic odor of pine trees. However, the ratio of the two forms of pinene varies in plant emissions and also depends on whether a plant is healthy or damaged. 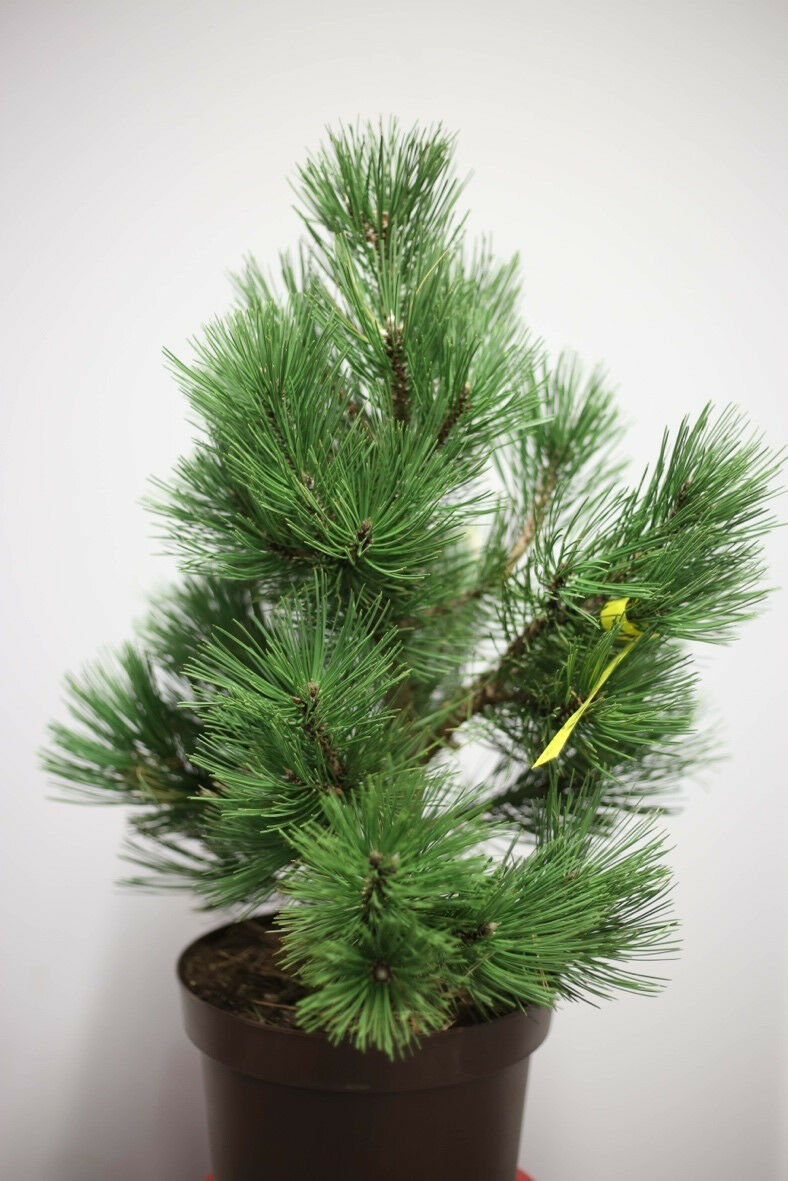 Research work carried out within the framework of ULTRACHIRAL

As part of the EU-funded ULTRACHIRAL project, scientists in Mainz have developed "cavity-enhanced polarimetry" for optical chirality analysis. They use the property of chiral molecules to rotate polarized light differently. A sample of a plant or perfume fragrance is placed in a small chamber, irradiated with light and analyzed with a chirality-sensitive optical polarimeter to measure the rotation of polarized light. In doing so, the researchers achieved a sensitivity that is orders of magnitude better than the current state of the art. "Our novel approach to chiral analysis gives us accurate results, and does so faster and more sensitively than conventional methods, and without the need for calibration before each measurement. Moreover, we can combine our technique with gas chromatography, which can also separate the individual components from each other. This allows us to directly and accurately identify the chiral form of each component in a complex mixture," says Lykourgos Bougas, a physicist at JGU and lead author of a study that recently appeared in the journal Science Advances. In it, the team of authors also presents a number of applications for the detection method.

One example is the previously very costly quality control of perfumes, which consist of several hundred or even thousand natural and synthetic ingredients. For the study, the researchers compared four well-known brand-name perfumes with cheaper copies. With a single rapid measurement, the Mainz team was able to distinguish the high-quality originals from the counterfeits on the basis of their chiral signatures.

The technique may also be of great interest to agriculture. Using a young pine tree, the research team has shown that the chiral signature of its emissions changes abruptly as soon as the plant is damaged. However, the chiral signature also varies when the plant suffers from drought stress or is diseased. This phenomenon could be used in practice, for example, by continuously monitoring crops and sending an alarm to indicate whether the plants are suffering from insect infestation, drought or disease. 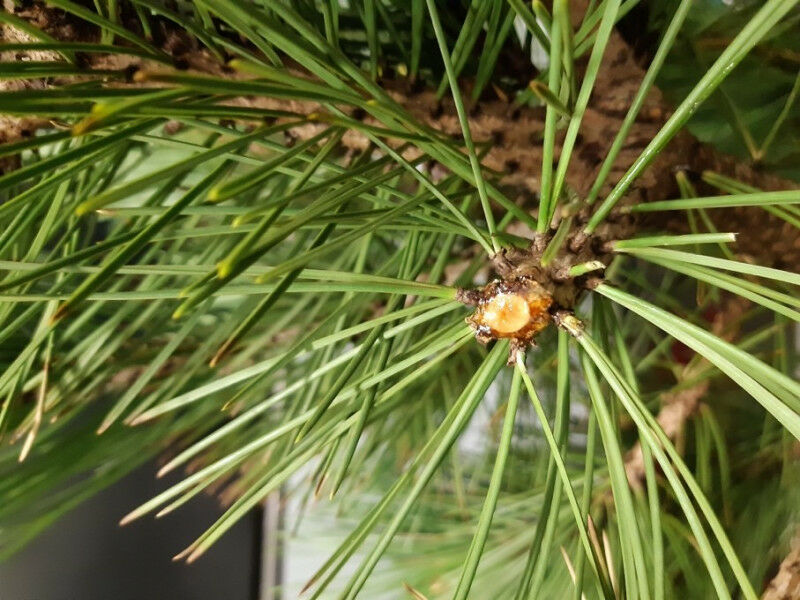 An injured pine tree: the resin secreted by the tree to protect the injured area has a characteristic chiral signature in the overall emissions of the plant.

In addition, the technology can help provide insights into the physical and chemical processes in the Earth’s atmosphere. For example, forests release large amounts of volatile organic compounds into the atmosphere, many of which are chiral. These molecules influence both the physical and chemical properties of the atmosphere and the climate. But they can also be precursors of secondary organic aerosols that affect the Earth’s heat balance. "The role of chirality in all these processes remains quite unclear. To understand them, we need new tools and approaches like the ones we present in our work," says Lykourgos Bougas.

To make the new method easier to use for diverse applications, Lykourgos Bougas and Jonathan Williams hope it will also be developed into a wearable device in the future.

Researchers study historical developments of the periodic system of chemical elements - 01.08
A Molecular Machine At Work - 27.07

First electric nanomotor made from DNA material - 21.07
This site uses cookies and analysis tools to improve the usability of the site. More information. |