Humans struggle to identify aggression in dogs, other humans 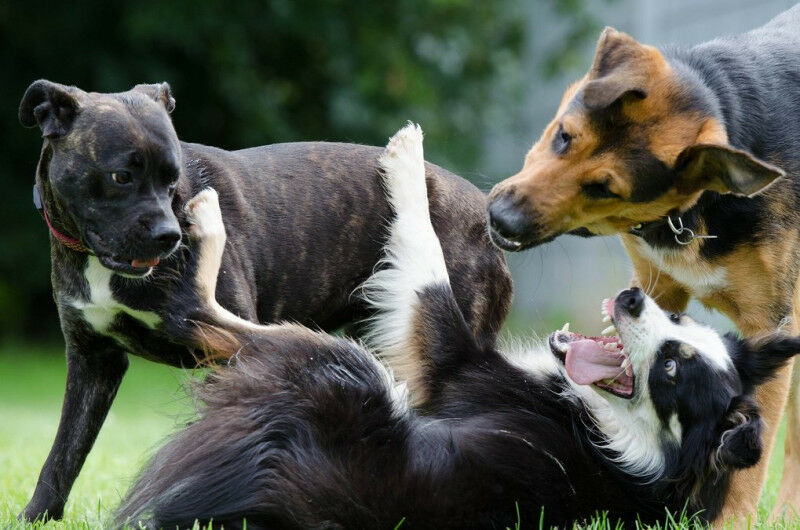 Humans are generally good at assessing social situations in dogs, but underestimate aggression. © Photo from Katrin B. on Pixabay

As a species, humans are constantly interpreting signals to assess social situations and make predictions about what could happen next. Being able to tell if someone else, whether human or animal, is happy with us, about to get aggressive, or even paying attention, can have major evolutionary advantages. Now, a new study led by the DogStudies research group at the Max Planck Institute of Geoanthropology, reveals that while humans are better than chance at assessing interactions between humans, dogs, and monkeys, we struggle to predict aggressive behaviors in both dogs and humans.

In the study, published in PLOS ONE the DogStudies research group at the Max Planck Institute of Geoanthropology, together with colleagues from Friedrich Schiller University of Jena, the Max Planck Institute for Human Development, Berlin and the University of Leipzig used videos to determine how well people can judge social interactions. Researchers showed 92 participants 27 video clips, each showing a non-verbal interaction between a pair of human children, a pair of dogs, or a pair of macaques. The participants were split into two groups, with one group categorizing the interactions as playful, neutral or aggressive, and the other predicting the outcome of each interaction.

One of the videos used during the tests. Can you predict the dog’s behaviour? Click more to find out if you’re correct! The correct category would be ’aggresive’.

Given that identifying aggression in dogs and humans could help people avoid injury and even death, researchers expected participants to be best at assessing aggressive situations, but the current study reveals that such assessments are more difficult for people than anticipated.

"It is possible that we are biased to assume good intentions from other humans and from ’man’s best friend’," says Theresa Epperlein, first author of the new study. "Perhaps this bias prevents us from recognizing aggressive situations in these species."

"Our results underscore the fact that social interactions can often be ambiguous," adds senior author Juliane Bräuer, "and suggest that accurately predicting outcomes may be more advantageous than categorizing emotional contexts."

While the current study reveals much about how well humans interpret social situations, it raises the question of how exactly we form our assessments and if our skills can improve with training - although previous research has shown that experience doesn’t always lead to better outcomes. To answer these questions, further studies are needed to determine which cues humans rely on while observing interactions, such as vocalizations, facial expressions, or body language, and how those cues are deployed by different species.