Quality Control in Cells
A protective protein that can detect newly-made incomplete and hence potentially toxic protein chains in higher cells is found to have a relative in bacteria. There, the protein also plays a central role in quality control which ensures that defective proteins are degraded. The functional mechanism of these evolutionarily related Rqc2 proteins thus acts as key quality control component and must therefore have already existed several billion years ago in the so-called last universal common ancestor.
Health - Life Sciences - 18.09.2019

Interactions between bacteria and parasites
A team at the Technical University of Munich (TUM) has completed the first study of the effects of a simultaneous infection with blood flukes (schistosomes) and the bacterium Helicobacter pylori - a fairly common occurrence in some parts of the world. They identified a complex interaction which resulted - among other effects - in a weakening of the adverse impact of the pathogens acting individually.
Music - Life Sciences - 13.09.2019

Reveals the role of childhood vision behind associations between shapes and sounds
How do our senses, like vision, hearing, and touch, work together to create the perception of the world around us' A new study by scientists at Universität Hamburg finds that commonly found associations between shapes and sounds might rely on childhood vision. The results were published in the journal Psychological Science.
Physics - Life Sciences - 04.09.2019
Structural Changes in a Photosynthetic Protein Demonstrated in Four Dimensions
Biophysics researchers used a free-electron laser to detect light-induced structural changes with the utmost in temporal and spatial precision No 250/2019 from Sep 04, 2019 The process by which light energy translates into a change in protein structure plays a crucial role in many areas of life, from vision to photosynthesis.
Life Sciences - 03.09.2019
What are the effects of switching off the proofreading function in the reproduction of genetic information?
New study by the Institute of Virology published in "Nature Microbiology" No 249/2019 from Sep 03, 2019 Researchers from the Institute of Virology at Freie Universität Berlin have studied the effects of switching off the proofreading function of what are known as DNA polymerases - enzymes involved in reproducing genetic information.
Health - Life Sciences - 02.09.2019

New method reformulates pathogens into the body’s allies
Any agreement which entails benefits for both sides is called a win-win situation. This is precisely the result intended for the long-term cooperation and licensing agreement which the Institute of Infectiology at the University of Münster has now signed with an American biomedical company. The objective of the collaboration with Innate Biologics in Philadelphia, Pennsylvania, is to improve the possibilities for treating inflammatory skin diseases and autoimmune diseases - and, in the long term, to develop new medications.
Life Sciences - Physics - 27.08.2019

New biosensor provides insight into the stress behaviour of plants
They are tiny signalling molecules that play important roles in many processes in living organisms. However, the exact function of these substances is often still unknown, which is why scientists are constantly on the lookout for new methods with which they can further investigate them. Researchers at the Universities of Münster and Nanjing (China) have developed such a method for an important messenger substance in plants, called phosphatidic acid.
Life Sciences - Health - 16.08.2019
Predicting Protein Functions
Proteins perform vital tasks in the body, such as regulating metabolism and transmitting signals. Researchers from the Berlin Institute of Health (BIH) and Heidelberg University have now developed an intelligent neural network that uses algorithms to predict the functions of proteins. The scientists used a trick to observe how the network makes its predictions.
Life Sciences - Environment - 09.08.2019

Evolutionary Dynamics
The genotype determines not only the appearance, development, and adaptive strategies of the given individual. It also carries far-reaching information on past changes and adaptations of the phenotype. Researchers from Heidelberg University and the Max Planck Institute for Plant Breeding Research in Cologne have investigated this evolutionary change process using model organisms from the Brassicaceae plant family, focusing on leaf shape.
Life Sciences - 26.07.2019
Biologists want new rules for plant breeding
One year ago, the Court of Justice of the European Union issued a ruling on genetic methods in plant breeding: on 25 July 2018, the judges ruled that plants bred using modern molecular biological methods (genome editing) fall into the category of genetically modified organisms. According to current EU legislation, these plants are to be strictly regulated - in contrast to plants that have been genetically modified using conventional methods, called mutagenesis.
Life Sciences - Environment - 25.07.2019

Poisonous grasses: new study provides reassurance
07/25/2019 Stories of mass poisoning incidents of livestock due to toxic grasses made headlines especially overseas. Animal ecologists from Würzburg have studied whether this hazard is also lurking on German pastures. "Dangerous Pastures: Deadly Grass Puts Horses at Risk" - Such dire warnings on the websites of horse owners and horse lovers may cause people to see their environment in a whole new light.
Health - Life Sciences - 24.07.2019 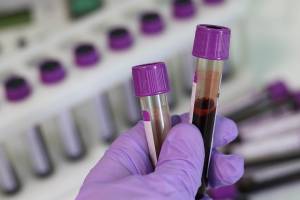 New marker for atrial damage discovered
Atrial fibrillation leads to a persistent irregular - often accelerated - heartbeat. While the condition is not life-threatening, if left untreated it can lead to serious complications such as stroke or heart failure. It is caused by areas of the heart that hinder the normal conduction of electrical impulses so that the atrium no longer contracts rhythmically," explains Rüdiger Lange from the German Heart Center Munich.
Life Sciences - Health - 19.07.2019

Bouncers in the Bone Marrow
07/19/2019 Würzburg Scientists found that megakaryocytes act as "bouncers" and thus modulate bone marrow niche properties and cell migration dynamics. The study was published in the Journal "Haematologica". Hematopoiesis is the process of forming blood cells, which occurs predominantly in the bone marrow.
Environment - Life Sciences - 18.07.2019

How climate change disrupts relationships
07/18/2019 Plants rely on bees for pollination; bees need plants to supply nectar and pollen. Scientists from the University of Würzburg have studied how climate change affects these mutualistic interactions.
Life Sciences - 16.07.2019

The physiology of survival
The survival and growth of cells are central factors in biological systems. Scientists such as Ulrich Gerland, Professor for Physics of Complex Biosystems at the TUM, are therefore trying to understand how the molecular components interact to maintain the viability of a group of cells in stress situations.
Life Sciences - Health - 10.07.2019

The battle between virus and host cell
Würzburg Scientists have precisely followed the activity of thousands of genes in individual cells for hours. For the first time, they were able to show why some cells are successfully infected by viruses, whereas others are not. When viruses enter our bodies - such as during an influenza or a gastrointestinal infection - the processes within the infected cells change: In the worst case, the virus takes the helm and reprograms the cell to its advantage.
Life Sciences - 09.07.2019
Social Networks of Protein Pieces
Computer scientists at Freie Universität Berlin design a method for computer-aided modeling and simulation of large proteins and other biomolecules No 210/2019 from Jul 09, 2019 Two computational scientists at Freie Universität Berlin are changing the way large proteins modeled inside computers by combining machine learning, an area of artificial intelligence, with statistical physics.
Life Sciences - 05.07.2019
Neuroplasticity: Why is the visual cortex involved in language processing in blind individuals?
A study by neuroscientists of the Brain Language Laboratory at Freie Universität Berlin No 204/2019 from Jul 05, 2019 People who are blind use part of their visual cortex for language and semantic processing. The visual cortex is the paradigm case of a "modality-specific" brain region, being devoted exclusively to visual perceptual processes in healthy and undeprived sighted individuals.
Environment - Life Sciences - 01.07.2019

Scientists alarmed by bark beetle boom
Bark beetles are currently responsible for killing an unprecedented number of trees in forests across Europe and North America. Researchers are therefore urging to step up research into bark beetles - also in view of climate change. "Bark beetles lay waste to forests" - "Climate change sends beetles into overdrive" - "Bark beetles: can the spruce be saved?": These newspaper headlines of the past weeks covered the explosive growth of bark beetle populations and its devastating impact on timberlands.
« Previous 1 2 3 4 5 Next »