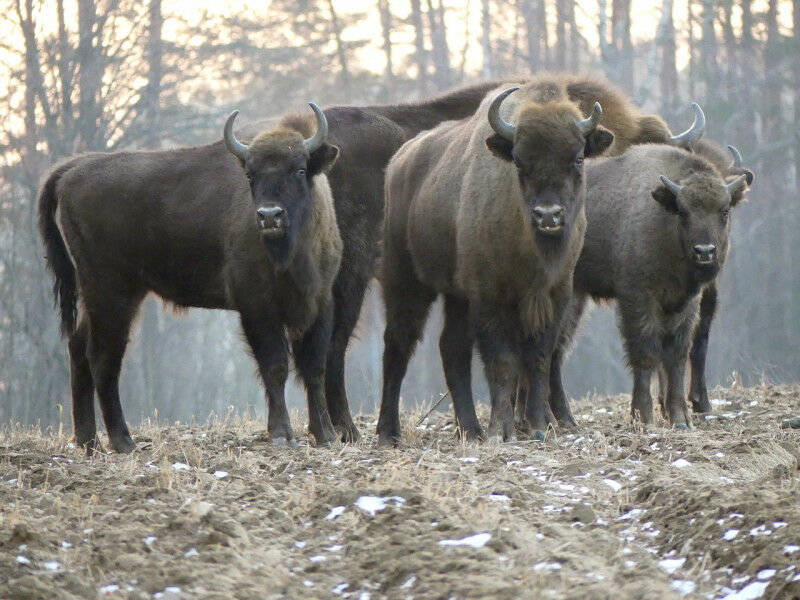 Large herbivores such as bison and elk played an important role in our oceans systems for thousands and millions of years, but in this country they were driven out of many areas by humans in the past and became extinct in Germany. For several years, both species have been spreading westward out of Eastern Europe, and sporadic sightings of elk and bison have been made in eastern Germany. A new study by scientists from the Geographical Institute of the Humboldt University of Berlin together with partners from Germany, Poland, the Czech Republic, Austria and Sweden now shows that both species could find many possible habitats in our country to reestablish themselves.

We were surprised by the number of ecologically suitable habitats we were able to identify for both species," summarizes Hendrik Bluhm, PhD student at the Institute of Geography and head of the study. Especially in the northeast of Germany like the Schorfheide and Uckermark or the Mecklenburg Lake District, but also in the German low mountain ranges like Harz, Spessart, Thuringer Wald or Pfalzerwald we find large habitat areas that could potentially be well suited for elk and bison." To reach this conclusion, the research team compiled the largest data set to date on the occurrence of bison and elk in Central Europe and analyzed it in habitat models. With the help of these models, it was thus possible to map all habitats that are suitable from an ecological point of view.

Social acceptance of the species will be the decisive factor in determining whether elk and bison can return. Wisent and elk can adapt quite flexibly to different environmental conditions," explains Bluhm. Samantha Look of WWF Germany and part of the EU Interreg funded research project LosBonasus - Crossing! in which the study was carried out, adds: "So the crucial question is not whether these species will have enough space with us, but rather where we humans will allow them to return and how we will deal with conflicts that may arise with forestry, for example."

However, the fragmentation of the landscape of Central Europe is an obstacle to the reintroduction of elk and bison. Especially freeways and highways are barriers for bison and elk, especially if they are highly fenced. Our analyses show this very clearly," explains Prof. Tobias Kummerle, co-author of the study. The extension of border fences, for example at the EU external border, and the fence for the containment of African swine fever along the German-Polish border, which lies exactly in the area of the current western distribution limit of bison and elk, can slow down the migration movements of the animals. From a conservation point of view, this is really problematic," summarizes Prof. Kummerle. Migratory movements are important to ensure genetic exchange between populations and to enable wild animals to adapt to climate change.

The removal of barriers, for example through the construction of grun bridges over busy highways, has enabled elk and bison to reach suitable habitats. Where this is not possible due to a lack of migration corridors, reintroduction projects could accelerate the return of elk and bison," Bluhm emphasizes. "This should be done especially where our maps predict little potential for conflict with humans." Although species are disappearing around the world, the study by researchers at Humboldt University in Berlin clearly shows that even the largest animals can become native to us again - if we let them return.