No 181 from May 27, 2016 Global Intellectual History - Transfer, Circulation of Ideas, and Actors in the 18th to 20th Centuries German Research Foundation Funds New Research Training Group at Freie Universität Berlin

The German Research Foundation (DFG) has agreed to fund the establishment of a new Research Training Group at Freie Universität Berlin. Within the new group, entitled Global "Intellectual History - Transfer, Circulation of Ideas, Major Players (18th to 20th Centuries)," scholars will address intellectual responses to integration processes, the emergence of cross-border claims, and the universalization of ideas, as well as counter-movements. Particular attention will be paid to non-Western players. The members of the group will also contribute to the discussion of methods within the field of global intellectual history, which is still a relatively recent approach.

The spokesperson for the group is the historian Sebastian Conrad at Freie Universität Berlin. Humboldt-Universität zu Berlin is also involved in the new training group. It will initially be funded for four and a half years.

By establishing Research Training Groups, the DFG aims to support early career researchers in Germany. Within this structure, the involved graduate students receive an opportunity to earn their doctorate within a structured research and qualification program with high academic standards. 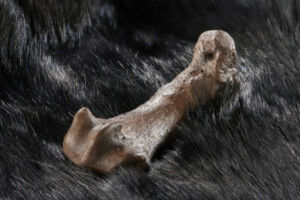