Since its foundation in 1964, the Max Planck Institute for Legal History and Legal Theory (formerly, Max Planck Institute for European Legal History) has been dedicated to basic research from a historical perspective in the field of law. The Institute uniquely combines the knowledge of its experts and expertise on the history of law in Byzantine and Roman Europe in Late Antiquity and the Early Middle Ages, and the ius commune of the High and Late Middle Ages along with the history of private, criminal, public and church law in the early modern era and current age. The scope of historical analysis of law transfer processes, the interaction between law and other normative systems in a historical context as well as self-organization and law is becoming ever broader. A particular challenge embraced by the Institute in cooperation with other Institutes of the Max Planck Society is to create historical and empirical bases for a critical study of the system of law in a globalized world. To this end, the Institute is paying increasing attention to the interrelationships between European and non-European legal systems. The comparative dimension of research into legal history is also becoming increasingly significant. 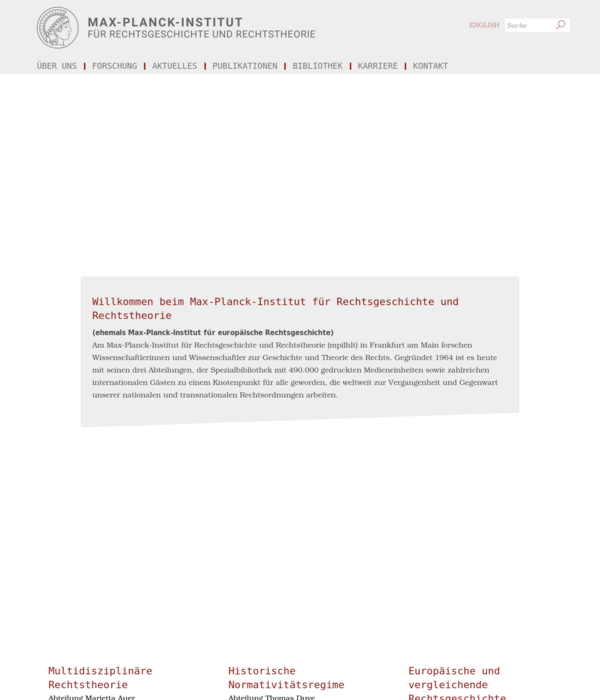