In reality, there is no magnetic monopole - the north and south poles of a magnet are usually assumed to be inseparable. However, a magnetic monopole can occur in certain magnetic solids, as researchers at the Max Planck Institute for the Physics of Complex Systems have discovered. Such a solid represents a complex system in which the whole is more than the sum of its parts - this is why even a magnetic monopole can occur. The physicists develop theories regarding such phenomena: not only in solids, but also in individual atoms, molecules or in small groups of atoms, where they interact with light, for example. They also want to understand the physical principles behind cell division or the transport system in biological cells. As different as these systems are, their complex behaviour is largely based on the same principles. 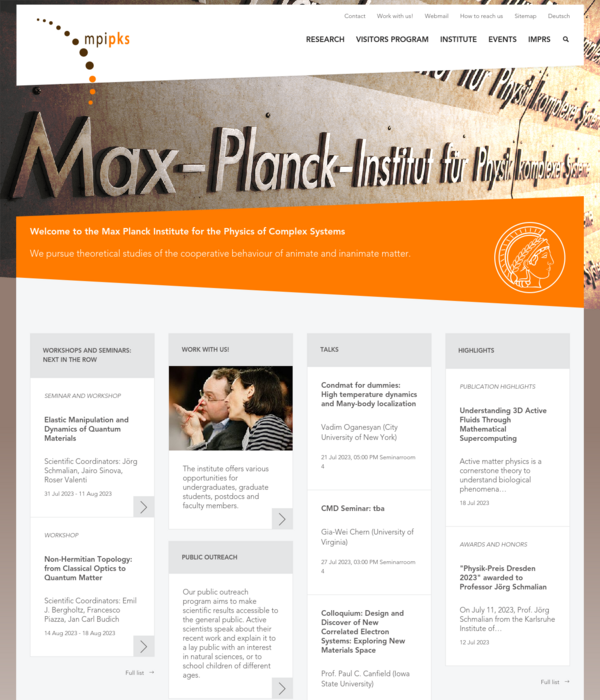