The Max Planck Institute for Biogeochemistry in Jena conducts research into global material cycles and the associated chemical and physical processes. Carbon, oxygen, hydrogen and nitrogen are four elements that are crucial to life whose compounds are transported by plants, animals and microorganisms and distributed via the air and water. The scientists in Jena seek to gain a better understanding of the complex interaction between the organisms in the soil and the greenhouse gases in the atmosphere, as well as the influence of humans on these natural processes. How do ecosystems react to various climate conditions, land-use practice and species diversity? To this effect, scientists at the Institute compare historical data with current observations from field experiments and measurement campaigns in order to draw conclusions on the future adaptability of organisms. They also work closely with the Max Planck Institutes for Meteorology in Hamburg and Chemistry in Mainz. 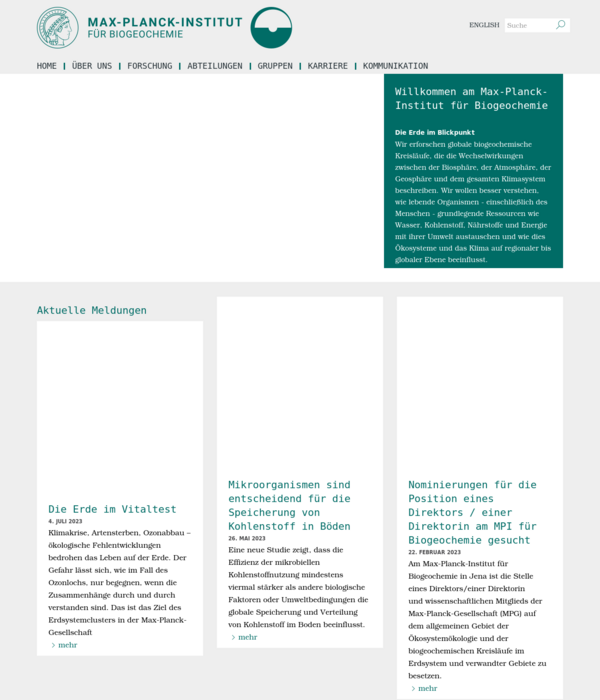