The French-German Research Institute of Saint-Louis is a bi-national institute operated jointly by the Federal Republic of Germany and the French Republic on the basis of a Convention signed in the year 1958. The objectives of ISL are defined by the Ministries of both supporting nations: the DGA (General Directorate for Armament) by order of the French Ministry of Defence and the BAAINBw (Federal Office of Bundeswehr Equipment, Information Technology and In-Service Support) by order of the German Federal Ministry of Defence. 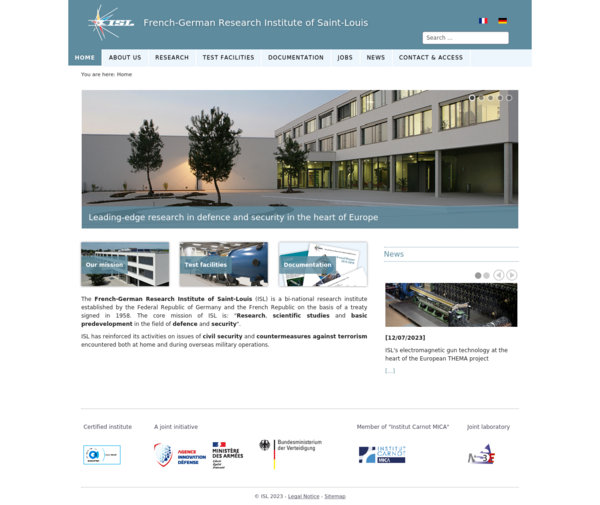