The Leibniz Institute for Contemporary History (IfZ) is dedicated to the study of German history within its European and global contexts in the 20th and 21st centuries. The IfZ was originally founded in 1949 as the very first institution for academic research and scholarship on the Nazi dictatorship. Since then, its scope has expanded significantly to include four main topics: o Dictatorships in the 20th century o Democracies and their historical self-perceptions o Transformations in most recent history o International and transnational relations As a non-university research institution, the IfZ is a member of the Leibniz Association and receives its funding from the German federal and state governments. 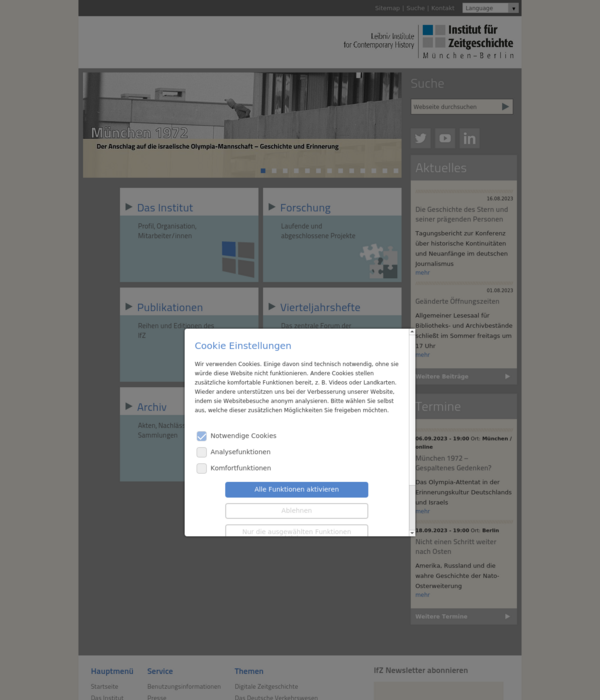